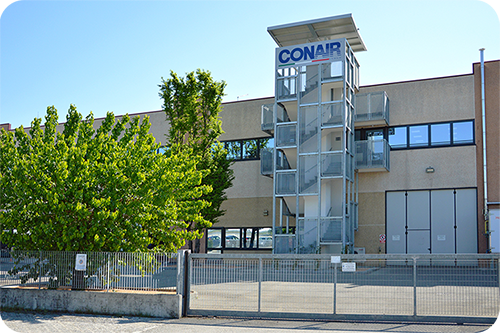 1993
Osvaldo and Edda Rezzonico with Giovanni and Marco Americano, found the Coifin snc, a design and manufacturing company of small appliances. Initially the structure is composed by 4 employees.

2005
Design and production of a custom electric motor. Coifin’s staff raises up to 18 employees.

2007
The company moves to the new headquarter based in Chiuduno.

2009
On 30th June, in a logic of continuous expansion of Made in Italy , “Coifin” becomes part of Babyliss Group, a French multinational company leader in the Beauty Care sector.

2015
The company increased the number of employees, has placed new investments and now continues its growth and expansion on the market. The story continues ...

2020
The company achieved the quality system certification according to ISO 9001:2015 standard.